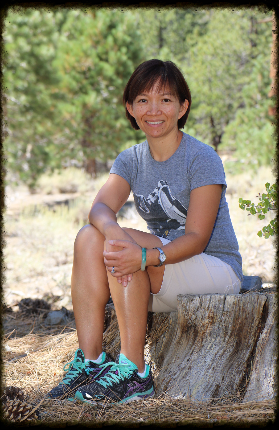 Dr. Kim Pang has been practicing veterinary acupuncture since 2006.  Originally a native of Singapore, Dr. Pang spent several years on both sides of the coasts before returning to Southern California.  After receiving her Bachelor’s degree in Biological Science from University of California, Irvine, she worked for a year as a veterinary assistant and volunteered at the local animal shelter.  In 1996, the real adventure began when she was admitted into Cornell University’s College of Veterinary Medicine in Ithaca, New York.

After attaining her veterinary degree in 2000, Dr. Pang returned to her old stomping grounds to practice veterinary medicine.  Her first year back was spent working as a relief veterinarian for several clinics in Orange County as well as the Orange County Animal Shelter in the city of Orange.  She then held a position as an associate veterinarian in a small animal hospital in Costa Mesa for 8 years.  It was during this period that Dr. Pang received her certification in veterinary acupuncture through the International Veterinary Acupuncture Society in 2006.   Four years later, she decided to strike out on her own and start her house-call practice.

When Dr. Pang is not wearing her veterinarian hat, she and her husband are kept busy by their three children.  She enjoys trying new recipes, gardening, traveling, cross-country skiing, kayaking and watching ice hockey.  Her furry family consists of a sixteen year-old Spaniel mix and nine year-old cat.